From outcast to engineering, Yashna Kumar has discovered she’s still a minority, but says she finally belongs

“Today on my Zoom meeting I was told there were 1000 students in year one, but only 269 students were female.”- Yashna Kumar

Yashna, 17 remembers vividly her first day at Manurewa Primary School. She was five years old and had recently moved from Fiji.

So, her parents could make it to work on time, they had dropped Yashna and her older brother off three hours early. Yashna remembers feeling “super nervous” as they sat on the bench waiting for school to start.

Aside from being nervous, Yashna wasn’t excited to start school. She says her kindergarten teacher put her off. “We always had to do chores and my teacher always asked me to put water in the toilet with a bucket so it would flush. I felt picked on. Because of that, I wasn’t looking forward to going to school. I was nervous that it was going to happen here.”

When Yashna got to class, she realised she was the only one who didn’t speak English only Hindi. “I couldn’t understand the teacher. So, I just nodded and would shake my head. I was so lost, and I was so nervous.”

As time went on Yashna says she got bullied. “It was very racist, and I got excluded a lot. Yeah, so [I] was wanting to feel a part of something – a belonging, [but] people would just say mean things, and then my friends would have to translate all that mean stuff, but sometimes they wouldn’t.”

So, because of that, Yashna decided to put in more effort to catch up. “My teacher noticed how hard it was for me, she started giving me a little bit more attention in class. She would explain things to everyone, then she would come to me, sometimes she’d get Indian students to translate. I think it was also because I saw how hard my parents were working for us. I couldn’t just throw in the towel or misbehave. I became a nerd. Three months later I moved to a higher class because I was actually picking up much faster. I read a lot of books and cartoons, like Berenstain Bears to learn English.”

When Yashna was younger she had ambitions to study at Sanford University in the United States to become a heart surgeon. “I was very ambitious, and because of that, my parents were like, “okay, this girl really wants to do her thing”

It was at Manurewa Intermediate School when Yashna was first drawn to Science, Technology, Engineering and Maths (STEM). Her Year 7 class was introduced to sustainability projects. “They had a lot of projects like compost and gardening, and they had a Greenhouse. A DIY garden. So, you get to make things for [it]. I was really into environmental science. The other thing is that I enjoyed was helping people during that time because we had a lot of group activities in the community. I knew I had to do something that helped people. I thought at that time the career pathway for me was health science or purely science. That’s when I started to form my career pathway and that medicine was the way to go.”

At home Yashna and her parents didn’t have in-depth discussions about her career direction. She says they had the mentality that it’s your life, so you do what you want to do. “However, we will step in if you are going in the wrong direction. They just want us to succeed in what we want to do.”

Yashna’s parents came to NZ so their three children could have other opportunities. Yashna says her mum didn’t go to high school because she came from a poor family and her dad didn’t complete Year 13. “My mum has four sisters and one older brother. She was the youngest. She didn’t have a schoolbag or a proper uniform. In Fiji at that time, if you didn’t have those sorts of things you’d get pulled out of line and couldn’t go into class. So, everybody knew you couldn’t afford those things. So, my mum didn’t like going to school. We would always talk about this and my parents they always tell us that they moved here for us. That’s what they told us when we were making a bad decision.”

While attending Manurewa High School Yashna changed her career pathway from medicine to engineering. “All of a sudden, I sprung the idea of Engineering. My parents were like, “as long as you think you’re doing the right thing, and you’re going into the right place, then it’s good”.”

Yahsna was part of a SouthSci project, which is an initiative of COMET Auckland and Curious Minds’ Participatory Science Platform. Here Yashna started forming her opinion on engineering. “Because before that I hadn’t participated in a project like that. It forced me to go out of my comfort zone. The other projects I had done were about community service, but it’s wasn’t allowing me to use STEM knowledge to do things. I learnt that I’m definitely a numbers girl. I started to enjoy maths in Year 13.”

The SouthSci project was called the ‘Alga Bio-Fuel’. A group of Year 13 students had to grow and extract oil from algae. Yashna says there were five steps to it, gathering information to collect the algae, then growing the algae with chambers, and thirdly extracting the oil to run the go-kart.

Yashna’s team, which she managed had to build a go-kart that would use algae to run it. “I was learning new stuff, while I had to teach my teammates. I didn’t know anything. I didn’t know how to code; I didn’t know how to make a vehicle. I had to learn it all from scratch. I got to use technology to do algae biofuel. I had to use problem solving, which is a big part of engineering. So, I felt it was building me towards it.”

At the time, Yashna says she was overwhelmed, and she wanted to quit, “but I didn’t. Key message: I didn't quit, and I made it to the top again.”

Last year Yashna was recognised with an award in STEM through GirlBoss New Zealand, an organisation that aims to close the gender gap in Science, Technology, Engineering, Maths, Leadership and Entrepreneurship. She was one of nine winners from 500 entries. Yashna was nominated by her teacher, due to her work with Maker Space, where she helped young people in south Auckland access tools to learn about STEM. Yashna also founded the ‘All for One Locker Project’ building lockers in Manurewa to provide homeless people with a place to keep their belongings safe

Now Yashna is studying for her Bachelor’s in Engineering at The University of Auckland.

“I feel like there is not much of a support system, even in high school. I could count on my hand other girls who were going into engineering, which was kind of sad. Today on my Zoom meeting I was told there were 1000 students in year one, but only 269 students were female. It’s inspiring to be one of the few girls. We all have different backgrounds, but we have similar tastes. I feel like I belong.”

According to a news article published in the NZHerald 7 March 2020: ‘Girls wanted: University wants more females to enroll in engineering’, ‘Auckland University had set a goal to increase the number of females enrolled in engineering to 33 percent by 2020’, but figures showed the faculty had fallen short - reaching 28.6 percent. This year it's at 26 percent. Acting Deputy Dean of Engineering Rosalind Archer said the university had a long-standing commitment to recruiting and retaining female students. 'Research shows young women lose their confidence in, and appetite for, STEM while in primary school, so Archer wants to see more importance put there’.

Yashna says when she first got into STEM she thought it was for boys, “so I didn’t feel connected to it. I also thought you had to be good at maths to be a good engineer.” Like Archer, Yashna advocates for more STEM projects to be introduced earlier in schools. “I went to decile one schools and my exposure to STEM didn’t come till later on” compared to other girls in her university class that went to a higher decile school.

Yahsna says her advice for young girls getting into STEM today is not to stress about competing with boys, “you’re competing with yourself. I feel like it’s intimidating when you realise there’s not many girls there to support you, but then I think that’s more reason to go into it.”

At this stage, Yashna is undecided on which specialisation of engineering she plans to major in. “After uni, I hope to get a job in a company that also promotes STEM or works with high school students. I do plan to keep in contact with Manurewa High School and work with future students.” 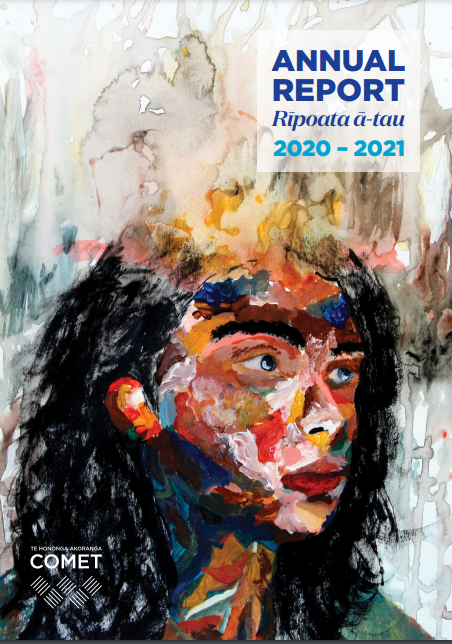 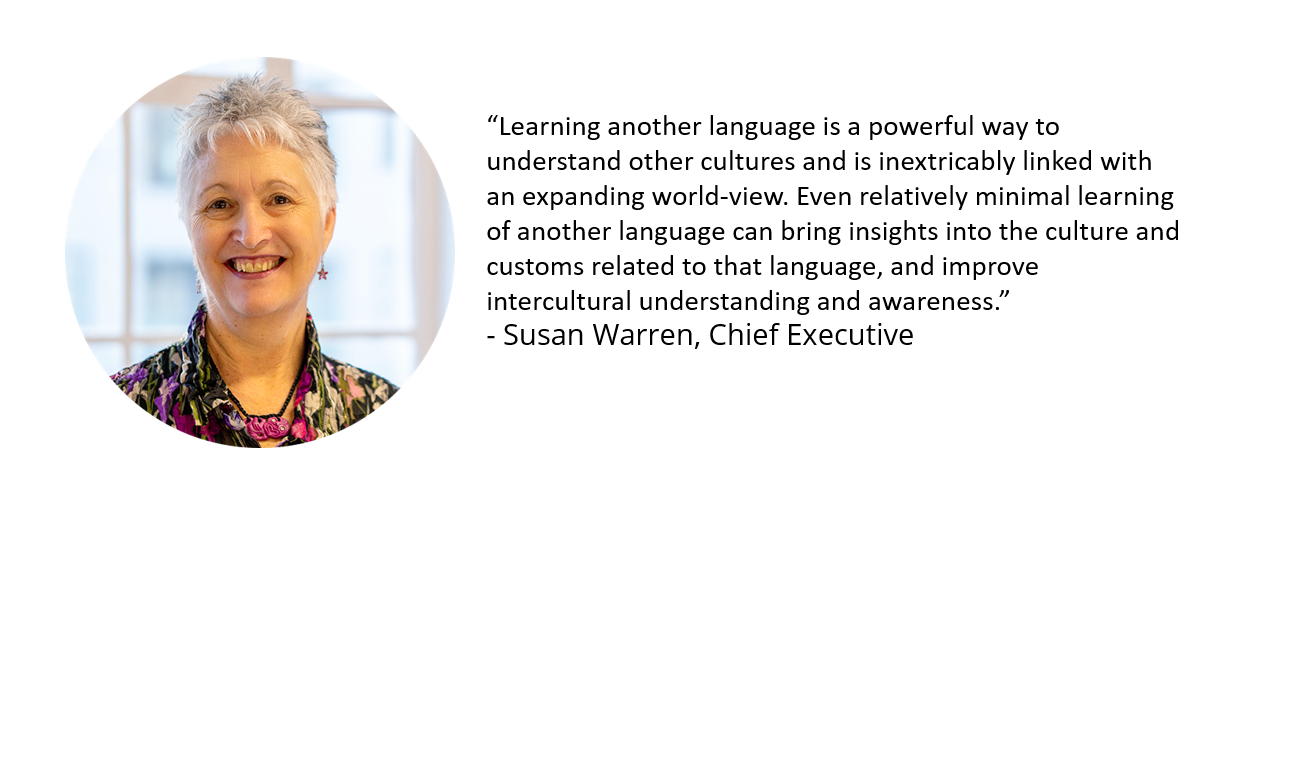 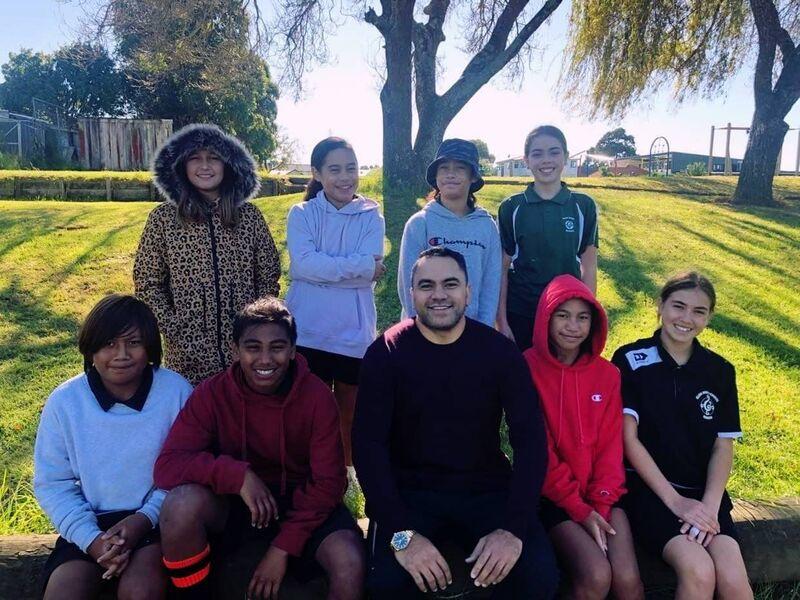